How to Inspect a Garbage Disposal

If you find an object or blockage that can’t be removed with the wrench, you can attempt to remove it with your hand, long nose pliers (the slender pliers), or a suction hose. However, you can easily damage a garbage disposal by being too forceful when you clear the blockage. Those kinds of repairs aren’t always practical or possible, even for experienced plumbers, so be careful unless you want to suddenly upgrade to a new garbage disposal. 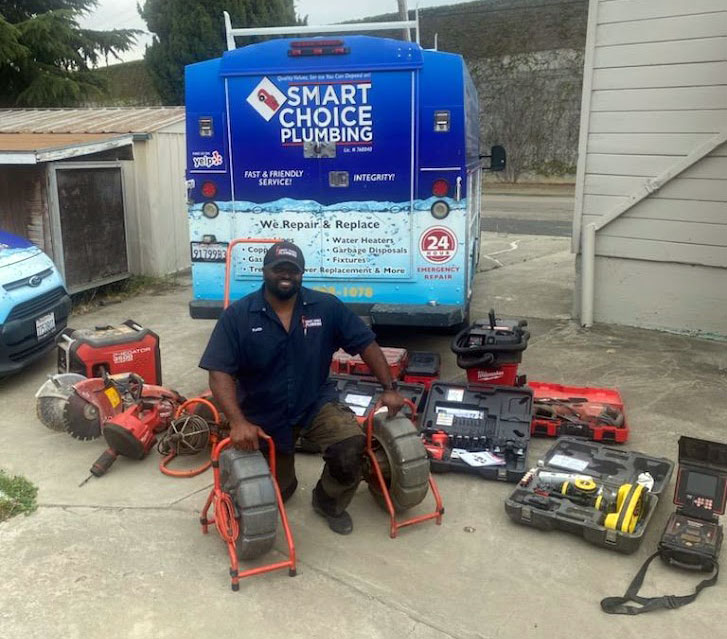 Why Else Could My Garbage Disposal Sound Like Grinding Metal?

If you don’t find any objects or blockages that explain why your garbage disposal is making a lot of noise, your disposal has another problem. It could be:

When in Doubt, Call a Plumber

A plumber can inspect the disposal for you and let you know what is making that awful grinding metal sound. While some of the fixes for your grinding metal sound aren’t so simple, the good news is that installing a new garbage disposal is relatively inexpensive. After an inspection by one of our plumbers, we’ll help you better understand your options so you can make an informed decision.

If you’re looking for a dependable plumber in Castro Valley, don’t hesitate to call Smart Choice Plumbing for garbage disposal inspection, repair or replacement. Whether your garbage disposal is humming, grinding, or not doing anything at all, we’ll get to the bottom of it in record time. And if you do need a replacement, we’ll even dispose of your old unit for you.